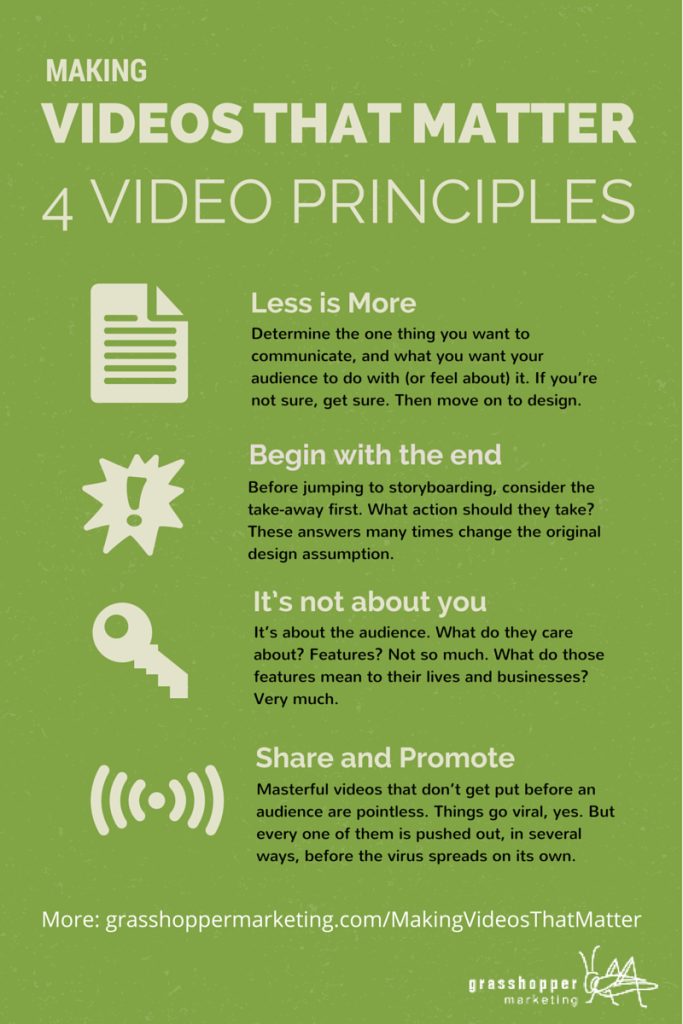 Not all videos work. Those that do join visual and audio elements with a purpose. Instead of several ideas, they concentrate on singular goals around one theme. And they result in compelling moments that move interested viewers toward action.

To learn how to design videos that work, consider several basic principles.

Less is More (and more is less)

Determine the one thing you want to communicate, and what you want your audience to do with (or feel about) it. If you’re not sure, get sure. Then move on to design.

The more ideas you try to cram into the video’s message, the less likely any will register for more than a few seconds.

Multiple-subject videos require much more front end storyboarding and back end fine tuning, and many times those multiple ideas are better communicated through multiple viewings (in a series of related venues). If you decide that multiple subjects within the same piece are essential, cut parts wherever possible, those that either repeat concepts covered better elsewhere or those more or less acting as time fillers.

Timely topics tend to have a more receptive audience, but bad videos fail even with a great subject. Good videos can speak to any subject, even mundane ones. If you think the topic is important enough, even if it’s not “important” or trendy, go for it.

But don’t let the iron cool

Face it, topical videos tend to get the most attention. Less popular ideas can be effective, but the hill to a successful product can be much steeper and longer.

Begin with the end

Before jumping to storyboarding, consider the take-away first. What should the audience learn from video? What action should they take? What should they think (or feel)? These answers many times change the original design assumption. 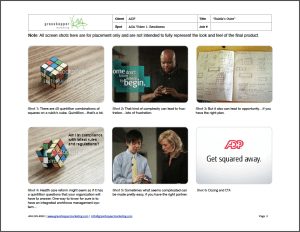 Good visuals and good stories don’t just happen. They’re planned. And a carefully worked out storyboard allows the organization while still allowing creativity. The storyboard is a flexible order of video sections and/or shots, with each described either visually or verbally to guide further production. Almost any effective video is planned via a storyboard early in the production process.

Great videos convey information through a clear, unique design. To create the storyboard, get a whiteboard and your creative team together. This can include one or more of your operational experts, but they should understand their role – that of input when necessary and only seldom stretching into creative thought – SMEs who get too excited about suddenly being “creative” can sometimes give good insight, and they can also get in the way of good ideation. It all depends on the personality, and it’s your job to bring the right personality into such a working meeting. List as many ideas as you can in a limited time (30 minutes, for instance). Put a lot of ideas out without spending too much time on any one.

Nobody Listens to Talking Heads

If you’re going get candid about the time you and Mick Jagger watched the sun rise at Liza’s, then it’s perfectly reasonable to simply tell your story while someone films, and you’ve got a winner. But if the topic is something about how your company is a leader within your industry and has a great team and helps your clients increase efficiency, viewers are going to stop watching about 12 seconds in. 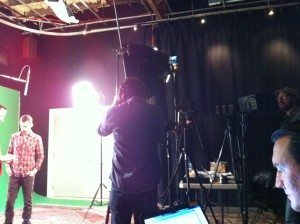 A good video tells a story without relying on words to tell the audience what to think. The visuals are the primary communicator. Supporting voice over is just that. If your video relies on the spoken word to make its point clear, you have more work to do.

Videos are supposed to stand out, not look like everything else. The more original the design, the greater platform your data has to speak to its audience.

Never forget the point is to create action, feeling, or thought. The call-to-action can be implied (through a leading question, for example), but direct or not, remember to include the point. Whatever makes it extremely clear and easy (and urgent) for the viewer works time after time.

Get LOTS of footage

You never have enough good footage, and for every good clip, you’ll have 3 or 5 to 10 bad ones. Great photographers take lots of pictures, and great videographers get lots of footage. 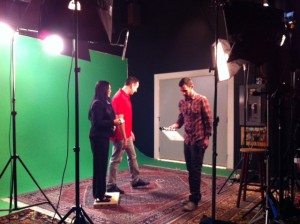 Good music can’t make up for a bad video, but bad music can kill a good one. The type of music all depends on the subject. And just like everything else, don’t try to simply use something like the others are using. Look for ways to be different with your choice.

Just try it, and you’ll see. Put together a wonderful video of great shots, smoothly edited, with a nice voice over guiding the flow. THEN try to find music that will match the mood, and more importantly, HIT audibly where needed. You’ll quickly find yourself scrambling visuals, splicing audio and more or less, panicking to get it all fit right.

Picking the music background FIRST is much more efficient and makes more effective videos, because it’s much easier and purposeful to place visuals and voiceovers here and there where the music pattern leads.

Go the extra mile in post-production

Post-production is just as important as any of the earlier stuff. The 80-20 rule works in many ways, but it’s a train wreck for putting out a good video, which requires painstaking efforts to get the visuals and audio cut and mixed perfectly and matched just so.

It’s not about you 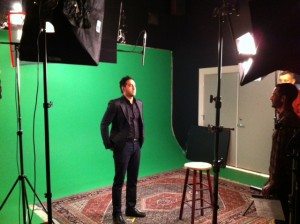 It’s about the audience. What do they care about? Features? Not so much. What do those features mean to their lives and businesses? Very much.

Share and Promote (if a video fell in the woods…)

Masterful videos that don’t get put before an audience are pointless. Things go viral, yes. But every one of them is pushed out, in several ways, before the virus spreads on its own.

Want to unload a project from your to-do list and make your life easier? Or need some help making dry content really pop?
Request a Quote